Established in 2005-2007, the Wilfire Chronosequence Plots monitor the effects of stand-replacing disturbance event on forest development. They provide a natural disturbance benchmark against which responses to forest harvesting and future natural fire events can be compared. 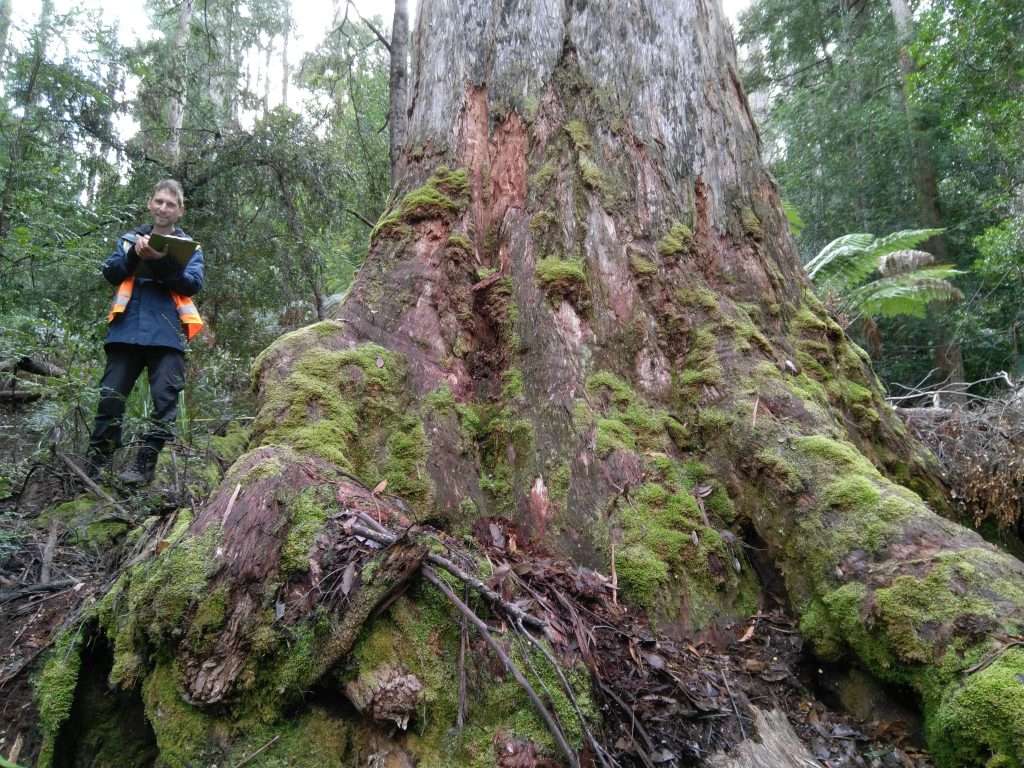 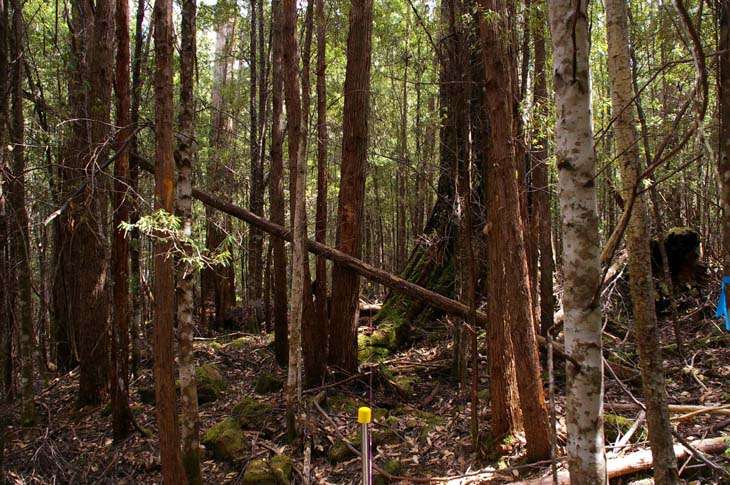 The Wildfire Chronosequence Plots were established in 2005-7 to monitor succession and structural development following stand-replacing disturbance events (wildfire or clearfell, burn and sow silviculture). Eight plots, two per age-class, sample predominantly single-age stands regeneration following wildfire (mature, 1898, 1934, 1967) and four sample two age-classes of silvicultural regeneration (two plots each in 1966-7 and 2001/2003). Each age-class pair comprises a 50 x 50 m permanent plot on a northerly aspect and a plot on a southerly aspect. Each plot is sub-divided into twenty-five, 10 x 10-m sub-plots. Two of the 50 x 50-m plots (1934-south and 1898-north) have subsequently been incorporated into the AusPlots Forests network of 1-hectare plots. 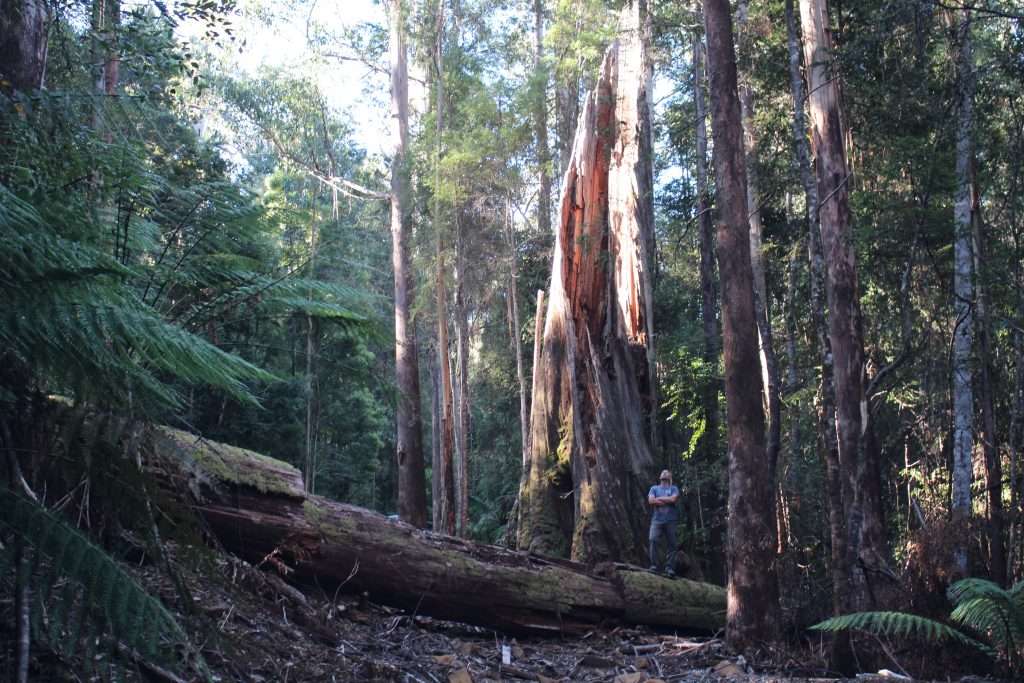 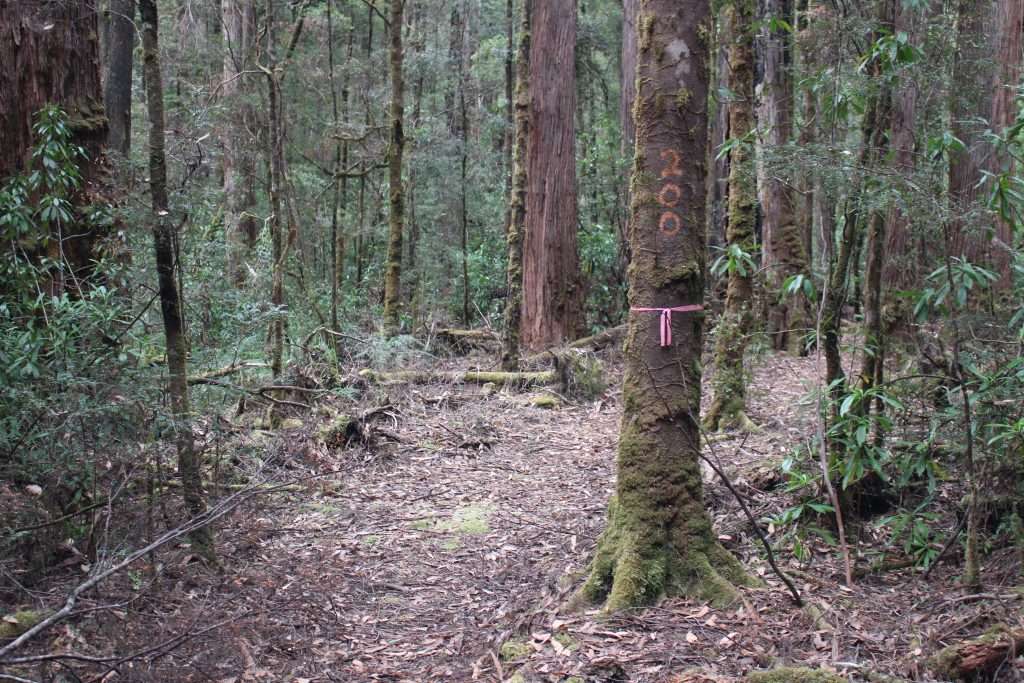 Baseline surveys to assess floristics (including mapping the location and taxon of all trees >10 cm diameter at breast height) were done in 2006-7, birds in 2008-09 and ground-active beetles in 2008-09. Coarse woody debris was assessed and mapped in 2007-08. Vertical structure of the six south-facing plots was assessed in 2007. It is planned that the plots will be re-measured at approximately decadal intervals. 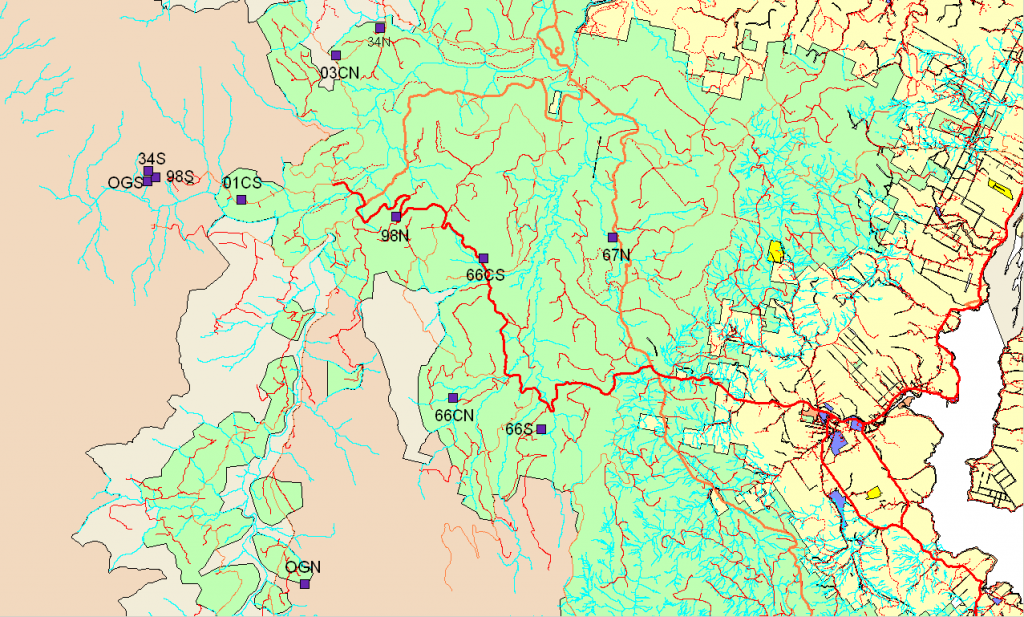